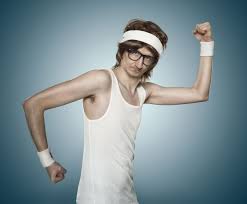 Posted at 08:46h in Articles by Matt Barcus 0 Comments
1 Like

Last year, in Texas, it took a civil engineer with 20 years of experience in land development engineering four months to find a job.

You read that correctly.

For a land development Project Manager to find a job.

After working with the candidate for a few weeks, it became evident to me that he was not willing to accept his shortcomings. Rather than finding an opportunity to work on his main short coming, which in this case was in the area of business development, he continuously represented himself, and insisted with the companies he interviewed with, that he was cut out to be a Director of Land Development Engineering or Department Manager, tasked with developing new business and growing an operation.

He believed that he should be at a utilization rate of 50%.

He had spent the 2 years prior with a firm IN THAT VERY ROLE, and failed to drum up one. single. project.

In the world of private development, that is a lifetime. And this was for a firm that hired him to start-up a new land development group. Needless to say he was laid off.

Kudos to him for stretching himself.

Kudos to him for taking that risk, having never taken on such an endeavor before.

But at the end of the day, he had never been groomed or mentored in the area of business development, so he was, for all intents and purposes, flying by the seat of his pants.

I coached him and strongly encouraged him to take one step back, so that he could take two steps forward. I presented him opportunities where he could work as a PM, or Asst. PM, under the direction of a skilled civil engineer with business development capabilities, who could take him under his wing.

But he insisted otherwise. He felt as though that was the role HE needed to be in.

So I walked away.

Sometimes you just need to walk away.

His stubbornness left him without a job for four months, which for most Americans would be financially crippling.

He ultimately accepted a role as a Senior Engineer. Something that could have easily been achieved three months prior.

Did he “settle” for something he did not want?

I hope in his mind he did not “settle.”

My hope is that he changed his mindset and is tackling his weakness with rigor, and that he is working under the direction of someone who can mentor him and develop his business development skills.