What Tom Brady Teaches us About Age Discrimination 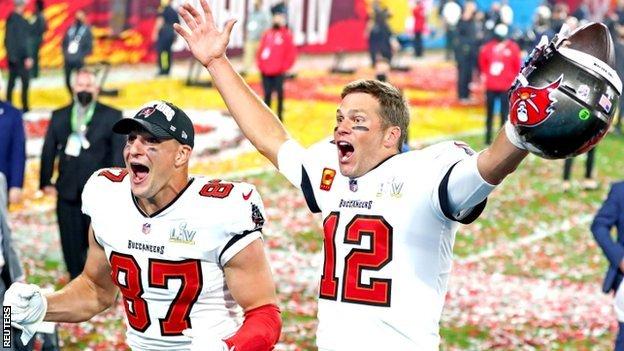 03 May What Tom Brady Teaches us About Age Discrimination

Posted at 14:10h in Articles by Matt Barcus 0 Comments
0 Likes

In February of 2021 Tom Brady won his 7th Super Bowl title…at the age of 43; the average retirement age for an NFL player is 35. That is eight years PAST the average NFL football player retirement age, and not only did he win the most recent Super Bowl at age 43, he was the MVP and he continues to play at a high level.

If the average retirement age of a Civil Engineer is, let’s say, 65, why is it so hard to imagine the value of hiring, or even interviewing a professional engineer who is 60+ years old?

Take a look at the picture below that took the internet by storm during the Super Bowl comparing Tom Brady at the age of 43, to NFL great George Blanda, also age 43:

There have been so many advances in healthcare, self care, and access to that information that the days of forcing people out at 60+, or choosing not to consider those 60+ in age is not only discriminatory, but it can actually hold your company back!

If you have ever watched Tom Brady, when he breaks the huddle and approaches the line of scrimmage, he scans the defense and makes decisions in split seconds as to which receiver will have the highest likelihood of being open at a precise spot on the field based upon the defensive scheme and personnel. If he does not like what he sees, he is able to quickly audible and switch to another play that is better suited against the defense that the other team is showing.

Every day I talk to professional civil engineers in their 60’s who are working as hard as they ever had, and who are often more passionate and driven then their younger peers. They have found ways to stay relevant to technology and professional methodologies, they have fostered tremendous relationships with clients, municipalities, public agencies, and other professionals in the industry, and they still kick ass and take names. On top of that, they bring decades of experience and knowledge that can prove to be immensely valuable to the upcoming generations of civil engineers. Like Brady, those senior engineers have pretty much seen it at all and are able to assess situations and scenarios and offer valuable guidance that can often make/break a project or client relationship. That skillset is invaluable.

Of course there are plenty of folks who admittedly start winding down their careers in their early 60’s as they approach their goal of retirement and who are riding off into the sunset; and most of them will tell you that when you try to recruit them. But there are many who are still wake up every morning “full of piss and vinegar,” and those are the one’s you cannot afford to overlook!

It’s super easy to judge someone by their resume. If you see a graduation date circa 1980 or before, don’t be so quick to assume that that candidate is looking to milk you for a big payday as he/she rides off into the sunset, or that they are curmudgeon stuck in their old ways who likely has not adapted to recent industry changes and advancements. Pick up the phone, offer them an introductory phone interview and at least make a relatively educated assessment before deleting them from your inbox, you might just be surprised who could be your next MVP.